If you’re considering travel to Canada in 2017 and beyond, Virgin Australia just made getting there a whole lot easier.

Virgin Australia has announced that it will enter into a “strategic operation” with Air Canada, meaning that a full codeshare agreement will soon be on the horizon.

In addition to coordinating schedules and flights, Virgin Australia and Air Canada will also offer reciprocal frequent flyer benefits. The two airlines plan to release further information on the scope and scale of the frequent flyer plan in early 2017.

What is clear now though, is how the Virgin Australia and Air Canada agreement will benefit passengers when it comes to booking and flying between the two countries.

The first stage of the codeshare agreement will begin in early 2017, when Virgin Australia guests can book Air Canada codeshare flights from Los Angeles (LAX) to Calgary, Montreal, Toronto and Vancouver.

The Boeing 787 Dreamliner in all its glory. Thanks to the great flying by the team at Wolfe Air Aviation we got some great footage. #aircanada #aviation4u #megaplane #avgeek #boeing #boeing787 #instgramaviation #aviationlovers

Conversely, Air Canada passengers also stand to benefit from the Virgin Australia agreement. Air Canada guests arriving into Brisbane or Sydney from Vancouver will be able to connect to Virgin Australia services to Adelaide, Canberra, Cairns, Melbourne, Perth, as well as Christchurch and Auckland. Additional codeshare services will include flights between Brisbane and Wellington, Sydney and Brisbane, and Sydney to Gold Coast. 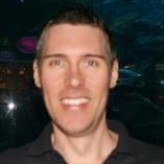