What’s all the fuss about Antarctica?

The great frozen continent divides travellers and even the greatest explorers. Repeat offender, Roderick Eime, buys into the debate.

We all remember the two most famous of Antarctic names: Scott and Amundsen. Scott, whose body still resides there, famously wrote “Great God! This is an awful place.” While his nemesis, Roald Amundsen, glibly noted “The land looks like a fairytale.” Either way, both men were changed forever and it has the same effect on modern travellers.

I too had my own trivial childhood fantasy. Stuck inside on a rainy day, I would pore over my father’s massive atlas, seeking out the world’s most remote and improbable places, dreaming of achieving these destinations “when I grew up”. Our collection of cold-war era National Geographic magazines reinforced my idle fascination, wondering how men and women could live and work in such inhospitable environments.

Of course, I never grew up, but I did go some way to crossing off these locations when I made my first trip to the Antarctic Peninsula and sub-Antarctic islands in 1998. And such is my fascination with the world’s driest, windiest and coldest land that I returned to the Peninsula in 2011.

While the land itself had changed very little, if at all, my cruise experience moved from a repurposed Soviet-era ice vessel to champagne and caviar. I’d repeat both experiences in a heartbeat, but the second ‘expedition’ demonstrated to me how much the Antarctic cruise offering had moved on, becoming much more of a mainstream travel product. Now you can argue the pros and cons of that, but the fact remains more people are taking an Antarctic cruise and more ships of varying specification are going there.

Why the Peninsula? That’s an easy question. The world’s most southerly international airport is at the port town of Ushuaia, and the Peninsula can be reached in as little as 24 hours by the faster ships in calm conditions, while the little ones can take up to 48 hours in rough seas – which happens quite often in the Drake Passage. Now there’s even a fly-in option offered where you can cross the Drake by small jet and get aboard a ship at a real Antarctic station.

Once at the Peninsula, the waters are calm and your tummy can relax. The scenery is spectacular. Snow-capped mountains seem to jut straight out of the sea. Well, actually they do, often creating mystical reflections in the mirror-still waters of the Lemaire Channel. These are the images everyone craves, so much so that the place is often called ‘Kodak Channel’.

Going ashore is by inflatable Zodiac runabout, but don’t be concerned. These are tough little rubber boats used by everyone from marine biologists to navy commandos. On a calm day, you might get 10-12 bottoms arranged around the pontoon of the boat, while in rougher conditions it could be just eight. Getting in and out of the Zodiacs is probably the toughest part of journey, but there are always ready hands to help anyone and mishaps are rare. If you want to visit the animals and see the historic sites, you’ll need to do this. Some folks stay on the ship, but I don’t see the sense in this. You’ve come this far.

Once ashore, you’re either tip-toeing among squawking penguins of half a dozen different varieties or trying not to wake dozing sea lions. I recall one hilarious moment when a precocious little baby seal chased a dozen of us all over the place like a frisky puppy. When he was bored with us, he chased the King Penguins – who were not amused. He was having a ball and so were we just watching.

Birders, or twitchers, are in their element, counting guillemots, spotting petrels and making lists of endangered pelagic albatross. History buffs, of whom I count myself one, are similarly enraptured at Shackleton’s grave (on South Georgia) or at the quaint restored Antarctic base at Port Lockroy, getting their passport stamped or buying a genuine Antarctic snow globe.

Whatever your passion, there’s bound to be something for you way down south. Sometimes you don’t know what is until you’re there, but no matter what, it’s bound to follow you home and stay with you for life! 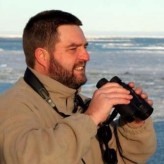