Technology has transformed the way we live, work and play. When we travel, it’s literally a new world out there thanks to the advances in IT over the past two decades.

Mobile apps in particular have made our travel experiences so much easier.

Instant currency calculations, language translations, interactive maps, live sightseeing tips … all of it without us having to stretch more than a couple of fingers.

If you have never jumped aboard the world of app-powered travel, here’s five basics we suggest to get you started.

There’s a reason why over one billion people from 180 countries use Whatsapp. This free voice and video calling service makes staying in touch with friends and family while on the road easy with secure, free messaging and calling that uses a local Wi-Fi connection (or data plan if it’s essential).

Video calling is usually seamless and reliable, while the app’s voice messaging capability lets you send a quick hello back home. You can also set up group chats to share photos, messages and videos with multiple people at once.

Public transport isn’t always your friend when travelling but with Citymapper in your pocket, you can get around like a local. The award-winning Citymapper instantly shows you the fastest way to move around town whether using the subway, bus, train, ferry, bikes or Uber.

You can see many train and subway times offline and subscribe to particular lines for alerts on the next arriving bus or train. The app even lets you know when you need to get off, something most of us have had trouble with when visiting a new city. Right now, Citymapper has 39 cities, including New York, London and Rome, with more constantly being added.

Sure, there are better apps for learning a language, such as Duolingo and Memrise, but Google Translate is the best for translating conversations and words in the moment. The app provides 103 languages when translating text and over 30 languages for more complicated translations.

Whether you want to translate bilingual conversations on the fly, photos or text characters like Japanese hentaigana, Google Translate has you covered. It uses your microphone for instant speech translation, you can snap pictures of text with your camera, or simply hold your camera over a menu and like magic, it translates to English! No more point and prey when ordering from a foreign menu. There are also 52 languages available offline.

Hopper is the app budget-savvy travellers have been dreaming about. Like Skyscanner and Kayak, it lets you book flights straight from your phone. However, the difference with Hopper is its knack of finding you the cheapest flights possible.

Instead of making you do the work every day with tedious flight searches, once Hopper knows where and when you want to fly, it keeps tracking flights and alerts you when the cheapest one appears. It’s this ability to save you up to 40 percent on flights that’s earned Hopper multiple accolades including Google Play’s Best Apps of 2016.

Units Plus Converter provides a simple user interface, but a comprehensive amount of conversion information. Primarily used for currency conversion, this app also lets you switch between other units such as speed, temperature, weight, length and even computer data.

The app holds 155 currencies, which are automatically updated every 15 minutes using one to two kilobits, giving you the most accurate and cost-effective exchange rates possible. Designed for quick and easy use, Units Plus lets you switch between currencies and units by simply swiping or double tapping.

ARE YOU READY TO BOOK YOUR NEXT GETAWAY? 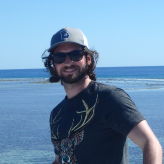