Just a few meters from the island’s small port, a one-roomed chapel rests next to the water. Crusted by barnacles and battered by decades of weather, a small statue of a bishop stands proudly on the roof. The chapel is one of the simplest rooms on the island; no ornate decoration or elaborate architecture has been used to create this small space, its size has dictated that four stone walls and a simple roof were all that’s needed.

An old wooden door, bent and broken rests in its frame, allowing sand and dirt to seep inside. It appears no one has been here for months. Surrounded by rocks and vegetation there is only the open sea and the rocky sides of the island in view.

There are no other visitors here and the chapel alone would hardly be worth a trip were it not for what else lies on this isle.

Erupting out of pleasant landscape on the Normandy coast in northern France is this small isle, reaching toward the heavens, as enticing as it is bizarre. A collection of fortified buildings, religious dwellings and ancient houses balanced on a tiny sub-island. A sight of biblical proportion at the mercy of Mother Nature, surrounded by racing tides half the day and treacherous mudflats the rest.

The first church was built on this island in the early eighth-century and over the centuries has grown from little more than a stone room to the maze of ancient houses and religious chambers that are stacked carefully on the tiny isle. Used as a religious retreat, torturous prison and island fortress, Mont St Michel was not always the picturesque isle it is today

After years of neglect, destruction during wartime and decades of misuse – most notable as a prison – the site fell into disrepair and only in 1874, after the mount had been designated a historical monument, was work carried out to restore the buildings to their former glory, resulting in UNESCO recognition as a world heritage site.

The mount is surrounded by a meter thick defensive wall, which resisted the English during the Hundred Years War. Visible from outside are the sheer walls of the island fortress, but once inside the main gate, tucked behind the fortifications are the quaint alleyways and homes of the islanders themselves.

Lines of trees, even the odd palm, break up the level between houses. Wooden, tile and slate roofs, coloured facades, wood, plaster and rock, balconies, window baskets and classic shop fronts create a patchwork of history and colour. The delicate pathways of the mount gradually slope upwards as narrow alleyways snake around the houses as they lead to the imposing walls of the abbey.

seems as though everyone walks with their head up, gazing at the abbey, topped by a spire that is constantly visible around the mount. As the sun rises, the spire casts a shadow over the island, acting like a giant sundial, counting down the hours until the tide rushes in once more.

Only as you climb a vast staircase and enter the ancient abbey do the views disappear, replaced with imposing stone walls of the Guard Room, which acts as the visitors’ centre and ticket office. The views do not stay absent for long though as the walks continue into the Grand Degre, a wide flight of stairs leads between the sheer walls of the compound and those of the abbey; rising almost twenty meters to the gargoyles on top. Arched walkways join the higher levels and gothic windows are dotted between the buttresses. Doorways, so short they appear to have sunk into the stairway, line one side of the wall.

As one explores there are small glimpses out to sea through the misted glass of the ancient windows. Ornate pillars support vaulted ceilings and the sunlight casts small beams onto the stone floors of the ancient rooms. A long guest hall with vast stained glass window and vaulted roof beset with large pillars passes to a simple square cube, with just an arrow slit window.

There is little interpretive information, there is no elaborate decoration and there are few documents or artefacts to entice the visitor. The nakedness of the rooms only adds to their splendour.

A face appears in one of the windows and a door opens; a nun, dressed in a simple grey and white habit, emerges and makes her way up the stairs towards the church.

The church’s beauty contrasts an island made up largely of cold stone rooms. The long nave framed by buttresses leads to a simple, stain-glassed window, beaming sunlight over the twenty or so nuns standing in the choir. Two short rows of pews are filled with a few dozen visitors, some of whom are in prayer while the majority stare skyward at the high, arched ceilings.

The church’s beauty is only equalled by the acoustics as the sisters begin their angelic singing. A priest, accompanied by one of the island’s monks waves incense over the heads of the congregation as he walks to the pulpit to begin his sermon. The angelic singing drifts over the mount as those not attending the service continue to explore.

The church sits on the summit of the island, an area that it shares with a large terrace giving sweeping views over the surrounding area; the open sea in the north and west and across the green pastures of Normandy in the south and east. The island somehow seems even more remote, now windows or walkways do not frame these vistas.

The 32-meter steeple, with a gold statue of St Michael at its summit, now dominates the skyline. The saint, who has served as a warlike angel, protecting the mount during its many attacks, looks over it from almost 100 meters above the sea.

At the peak of the mount, there is no way to go but down, a route tracing centuries of history. From humble monks to desperate prisoners, invading forces to devote pilgrims, the island is now witness to an invasion of other sorts, pilgrims of another kind – those carrying cameras and visitors guides.

Yet, while there have been many changes over the past years, the sound of people still mingles with the crash of waves from the tide below, the shadow of the spire continues its slow progress across the isle, just as it has for centuries. 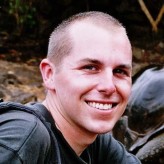